They announced the newest games for PS Vita.
Over 25 new titles are coming to PS Vita including:

- Top-selling Borderlands 2 from 2K Games.
- LEGO Marvel Super Heroes from Warner Bros and Football Manager Classic 2014 from SEGA, offering continuous play between the PC and      PS Vita versions.
- Killzone: Mercenary, launching on 4 September 2013, demonstrated the PS Vita system's potential to deliver a home console quality first person shooter with graphics and gameplay to match.
- Tearaway, launching on 22 November 2013 and winner of the E3 Critics choice award for best handheld game, showcased the PS Vita system's ability to deliver truly innovative gameplay with that distinctive Media Molecule charm.
- Murasaki Baby has been designed specifically around PS Vita touch controls by start-up Italian developer Ovosonico, led by acclaimed industry veterans Massimo Guarini and Gianni Ricciardi.
- BigFest, a free-to- play game where music fans are invited to create, build and manage their ultimate music festival working with real unsigned bands in a unique collaboration with online music portal Jamendo.
- The highly anticipated Starbound from Chucklefish, the smash hit FEZ from Phil Fish and the sequel to one of the highest rated shooters of all time, Velocity 2X from FuturLab plus many more.

Personally, im really interested in Muasaki Baby. It looked pretty cool and awesome. The only problem is, I dont have a PS Vita. Ive got the old PSP which i might sell in return for a PSP Vita.

So many Vita games! Will be interested to see how sales change over the next few months.

Borderlands 2!!! on the vita!!!
HOPEFULLY the price will drop in the UK too Jon.
That way we will finally do our playthrough of Borderlands 2 together xD 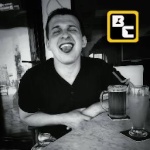 I wonder if we can transfer stats and progress over? That would be cool.

I guess it's time for me to go and get a Vita! Way to expensive for me when they came out at the $399 but this is a bargain.

Jon Evans wrote:I wonder if we can transfer stats and progress over? That would be cool.

I've searched the webz for you but so far I cant find it anywhere about carrying over stats and progress.

Jon Evans wrote:I wonder if we can transfer stats and progress over? That would be cool.

I've searched the webz for you but so far I cant find it anywhere about carrying over stats and progress.

I'll be happy to start the game over fresh with a new character. I just hope we can get the Game of the year edition straight off the bat so all DLC and extra characters included. 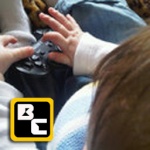 For the rest of the games
I have Mercenary of Pre-Order (enjoyed the Beta)
Murisaki Baby looked amazing and a story well worth playing
Football Manager cross sync with PC, MAC and Linux looked like a new development prospect for the Vita.

Just to put it out there, The Vita was the best in show at Gamescom for me.